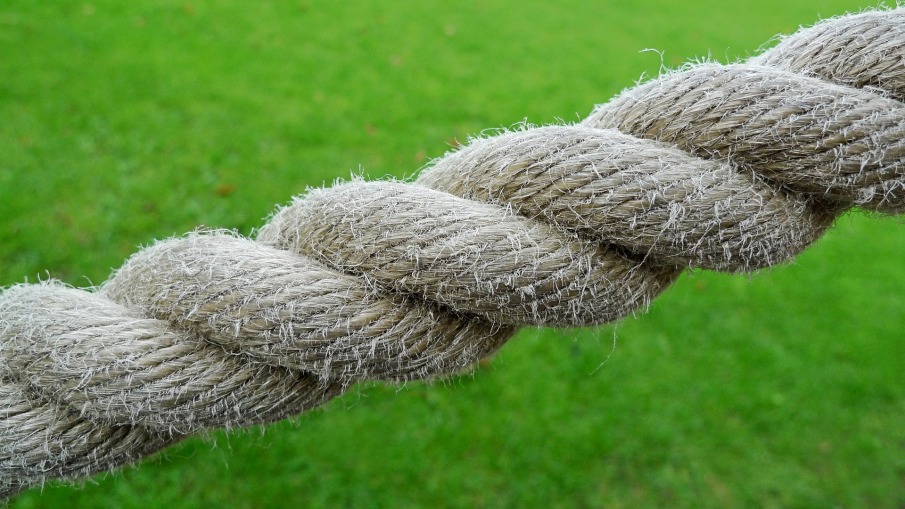 A childhood memory: As a youngster at Brant Lake Camp, the climax of each summer was color war. There were two teams, the Greens and the Grays. Each new camper was chosen to be on one of the teams. In fact, although I am now in my 70s, if I meet a camp alumnus my initial question is: ”Were you a Green or Gray?” since once a Green—or Gray—always a Green or a Gray. In our shifting world what a wonderful sense of permanence—like meatloaf.

Well, back to the color war. In those days a highlight was the tug-of-war. If my memory is correct, this event occurred on the beach with eight or nine contestants on each side. The referee unrolled a length of thick rope. In the eyes of a boy of nine the rope seemed huge, even larger than a garter snake! My team, the Greens, lined up along the length of rope and I was appointed anchorman––or boy. Bare feet dug into the sand as I secured my place and waited for my teammates to plant their feet. We were a heavy favorite in the early morning betting because of Terrible Timmy. He was terrible not in personality but because he was menacing in appearance even though he was only nine. In addition, he was known as The Cereal Killer. This is not a misspelling and the word cereal requires explanation. From the first moment Timmy ate regular food he would only eat cereal. His preference was Cheerios, and Post Toasties. Concerned parents took Timmy to a child psychologist but he remained The Cereal Killer. He could kill off a box of cereal every day. This diet was conducive to a very overweight Timmy but also a very strong youngster and since he was on the Green team we were the heavy favorites—in every sense of the word. So we gripped our side of the rope and the Grays gripped their side. At the whistle we lifted the rope and waited for a second whistle. The Gray team jumped the gun, attempting to win unfairly, but Timmy grunted, and he strained and he pulled, and soon we had gained ground. Go Green! The contest careened back and forth, back-and-forth. Feet sunk deeper into the wet sand. My muscles, nonexistent until that day, suddenly burst forth. Rivers of sweat flowed into the lake.

The contest continued for an eternity–––at least three minutes. Neither team could win. Timmy called out for more cereal. No one heard. We were at a stalemate. What to do? Stop pulling. That’s right stop pulling. I let go of the rope. The contest was over as we collapsed on our faces into the sand. The Gray’s fell backwards and the referee declared a no-contest. We all breathed deeply except for Timmy The Cereal Killer who, from out of nowhere, had found a dish of Wheaties. But it was too late! For many days I lamented our performance. I castigated myself for letting go of the rope. Then, with the advance of years, and aided by hours of therapy, I recognized that many aspects of our life are a tug of war—times when we are pulling and pulling but don’t get anywhere. When we arrive at that point we should stop struggling, relinquish our grip and find another path to pursue.

In the meantime, enjoy a bowl of cereal.