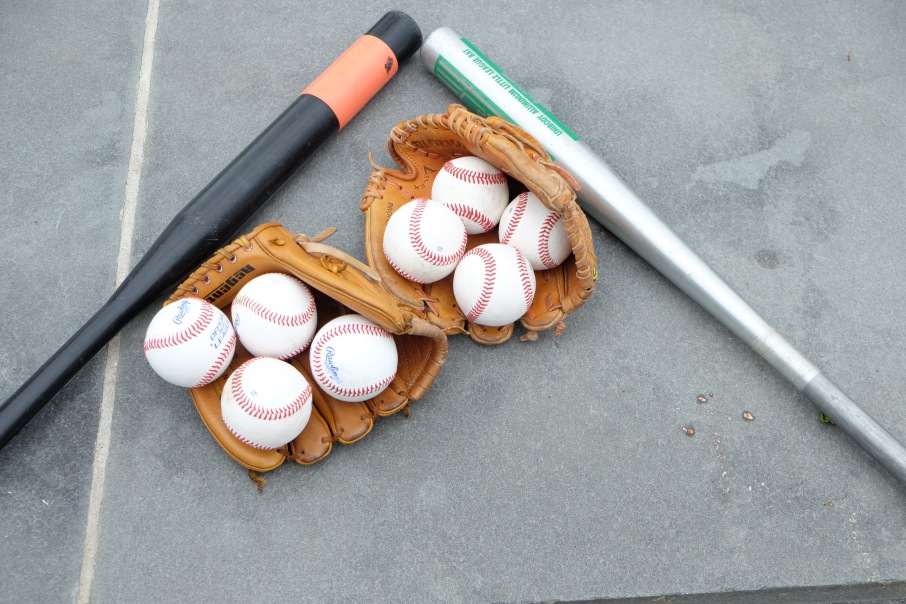 Well, it’s that time of year again–––time for fly balls, hot dogs and, in our unstable world, reaching safety at home base. This weekend the crowds will surge into East Field to watch the Glens Falls Dragons engage in mortal combat with the Albany Dutchmen. Those who have not yet purchased a ticket should hurry to do so since often over 300 fans will rush to the 9000 seat stadium. Yes, in Glens Falls it is opening day for our national sport.

Closer to our home at Brant Lake, nine-year-old Toby seems endlessly attached to a baseball mitt. There he is, taking batting practice from the batting machine set up on top of the septic field. There he is throwing his ball against the side of the house. There he is crushing the tulips and running into an apple tree chasing a flyball. Going, Going, Gone! A Rawlings hardball and Toby stitched together. The perfect pair.

And there I am, basking in nostalgia, for, at the age of nine, I was also addicted to baseball. My team was Albany, not the Dutchmen but the Senators, a farm team of the Pittsburgh Pirates in the Single A Eastern League. For those who might not remember, (how could you forget!), the Senator’s legendary shortstop was Frankie Staucet who died last year at the age of 93, which made him more than a decade older than me at the height of his career. In my eyes he was ancient but he was my idol and I intended to become a famous player—just like Frankie. Except I would be a pitcher. Unfortunately my curveball went straight, my fastball curved, and my breaking pitch broke our neighbors dining room window. Doomed as a future baseball star I chose a religious profession and opted for prayer over player.

And when they lost, I sulked and shuffled around the house, disconsolate, depressed, despondent. Until my father reminded me: “Daniel, don’t worry!” (Easy for him to say. He was a parent––– unaware that my day had been shattered.) ” Don’t worry. The Senators are playing again tomorrow. Hopefully they will win then. Remember son, there is always tomorrow. Always another chance.”

I am not sure at the age of nine that I absorbed my father’s words but through the years the echo of his wisdom reminds me that there is always tomorrow.

Not only in baseball but also in life.