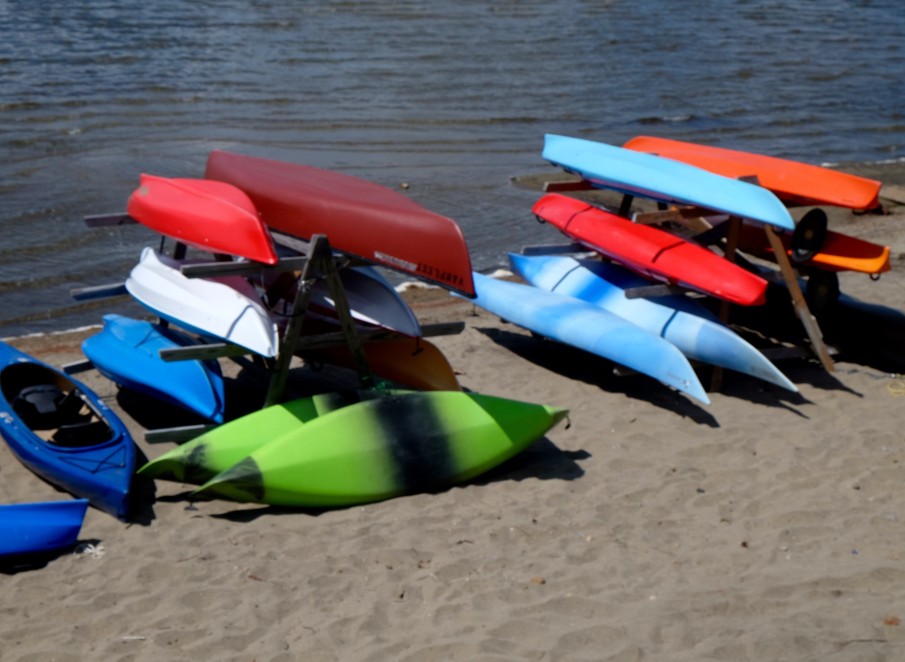 I was 18 years old when I was first exposed to the fast flowing vagaries of time. It happened when my parents arrived for a vacation at Brant Lake.

Since the age of seven I had spent my summers at camp, away from my parents, but that summer they had rented a cottage at the head of the lake and I would be together with my father who I adored and with whom, when I was growing up, I never shared sufficient time. He was a rabbi and the congregation consumed his life. But now, for several days, he would not be “The Rabbi.” Instead he would be “Dad,” only, “Dad.”

I worked at Brant Lake Camp that summer and, on the first day of my father’s visit, I raced down to the dock at rest period.

“Joe,” I called out to the waterfront director, “I’m taking out a canoe. I’m going to visit my father. He’s waiting for me.”

Joe frowned and wrinkled a face bearing scars from years playing football at the University of Alabama.

“Up to you, Dan, but the wind’s pretty strong. I wouldn’t advise it.”

But how could Joe ever know the inner force urging me on—a motivation stronger than any white caps.

“No problem, Joe. I’m paddling with the current. Should be an easy trip.”

So I set off in my green Old Town canoe and wondered, how long had I waited for this moment? All morning? All day? A week? No. A lifetime.

The boat cut through the churning water. Soon the camp waterfront faded from view. Crooks Island loomed straight ahead and, slightly beyond, I glimpsed my father standing on a dilapidated wooden dock, washed over by the waves. The sun glistened off his bald head and he had discarded the gray vest and pinstripe tie he normally wore. Of course, the white shirt, black suspenders and cufflinks with the initials “S.W.” were still visible. After all, how far could my father dress down?

As I neared the dock my father raised his hand to wave. I waved back. It was time to execute a J stroke and head into the dock— but the canoe would not turn and forged ahead, propelled by an unrelenting current and a strong wind catching the stern.

I slipped onto my knees, edged my way to the middle of the boat and paddled furiously, but with all my strength the canoe refused to waver in its course. Faster and faster I shot ahead. I sped past the dock and caught a last glimpse of my father as he lowered his hand, a puzzled look on his face. I had relinquished control of the canoe and was carried along until finally, with a shudder, the boat beached at the far end of Brant Lake.

In the days to come my dad and I did sit on the dock together, but when the week ended I was overcome by a vague uneasiness, as if I had only been given a drop of time. My thirst was not quenched. It never would be. One year later my father, at the age of 58, died. There was no one to wave to. His hand had released its grip on his life—and on mine.

That was when I understood that time can move as quickly as the fastest current, and, once past, we lose the safe haven of the shore and the embrace of those we love.