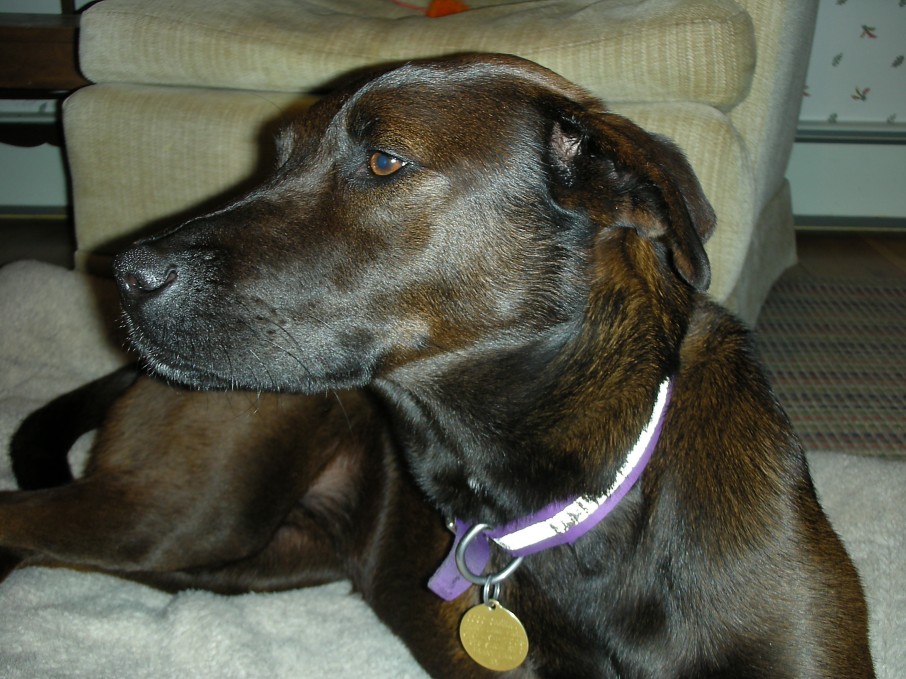 Puppies raced around the ring at North Shore Animal Shelter. Adorable black labs, eight weeks old, a Chihuahua puppy almost too small to see, a St. Bernard tripping over its paws—all of them searching for a home. Then, an All American Mixed Breed entered the play area, moving cautiously on three paws since a fourth had been amputated shortly after birth because of a deformity. I knew immediately this would be our dog. Who else would ever adopt a three-legged dog? A DNA test revealed Dog to be part German Shepherd, part Doberman, part Chow and part Shar Pei. She would fit in nicely at Brant Lake since we lived only several houses removed from our neighbor, Rex, who is part Native American, part Polish and part English. The English, according to Rex, may be traced back to the Crusader King, Richard the Lion Hearted. I doubt the efficacy of this background but who wants to mess with a presumptive Crusader? So, we now had the perfect environment at Brant Lake, a mixed breed neighbor and a mixed breed Dog.

Anyway, back to our newly acquired two month old Dog. First, we needed a name. Giving Dog an identity would certainly bolster her confidence and heal the psychic wounds that accompanied the early amputation. I suggested Tripod. Rejected. Tribeca, since in New York we live close to Tribeca. Also rejected. Trio. Too mundane and, further, although there were only three legs it was a single dog. Finally, a group consensus decided on Coco, a fairly accurate description of her color.

When we walk Coco people often ask in a sad voice, “Oh, that poor dog. What happened to her leg?” If we are in a serious mood we reply, “She had a deformed leg which would have hampered her movement.” But often we reply, “Once, Coco met a dog with only two legs, and in the spirit of empathy bequeathed one of her legs to her severely handicapped canine friend.” You can see that even the dog in our family is deeply into humanitarian gestures.

Well, bottom line, Coco runs with the best of them and never had to be housebroken or trained. I theorize, that as a foster dog with only three legs, she is eternally grateful we adopted her and does everything to please.

As we sit next to the fire, gaze out at Brant Lake and watch a fisherman trolling off our point, Coco approaches and rubs against my leg. Like all dogs Coco wants to be petted but when I reach out to pet her she suddenly  moves just beyond my reach. Why? Why if she wants to be petted, wants affection, wants to be loved, does Coco move away?

After 12 years of analyzing her behavior I have arrived at the following conclusion. With a harsh, one might say tragic, puppyhood she certainly wants affection. But because of that early history she is hesitant to come too close. Coco is a victim of post traumatic syndrome. She desperately wants intimacy yet is still afraid of rejection, and, deep in her unconscious, there is even the fear of losing another paw. So she comes close but not too close. Always keep up the defenses!

Is this only a tail of a dog’s world or does it resonate in the human world? How many of us withdraw and are afraid of opening up to those closest to us? Afraid of being hurt? On the other hand, is it possible that I am over analyzing an otherwise perfectly adjusted Coco? For, after all, humans are fascinated with psychology and dogs are only fascinated with chasing chipmunks.

But that is a tail/tale for the next episode in the life of Coco the Three Legged Dog.