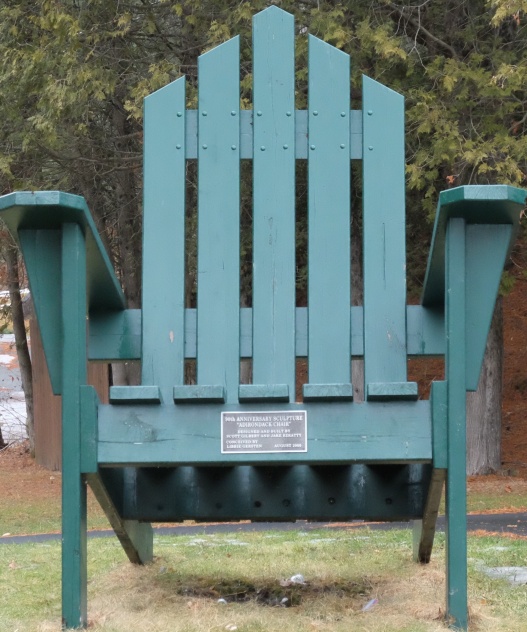 The following event occurred outside of a village far, far from Brant Lake—In Israel, the most unlikely of places. And we were lost!

When a tour guide loses his way you know you are in trouble. Big trouble. For over an hour Gideon had driven us through a vineyard in the north of Israel overlooking the Mediterranean. The vineyard, 100 acres of grapes, had become a maze, and since every grape looks alike, we meandered in and out of the rows searching for an exit.

Finally, we left the vineyard behind and entered a quiet road lined with small white houses, red tile roofs, beautifully manicured gardens of sunflowers—and a sign: “Adirondack Chairs.” Excited by this touch of the Adirondacks in Israel and, by extension, Brant Lake, I exclaimed to the Israeli guide, “Gideon, we are not lost. We are in the Adirondacks!” Of course, Gideon did not have the slightest idea what I meant and feared that I might be even more lost then he was.

Well we followed the sign down a narrow street until we arrived at a large green sign with white lettering: “Adirondack Chairs For Sale.” A swarthy man with a black handlebar mustache and a fierce power saw sprayed sawdust in every direction. He greeted us warmly and I asked: “Why are you making Adirondack chairs in Israel?”

He responded to my question with his own question,” Why not?” which threatened to end the conversation. Unwilling to relinquish my search for the rationale behind this artisan and his craft I pursued the topic.

“When were you in the Adirondacks?” I asked.

“Do you know where the Adirondacks are?”

“So what motivated you to build Adirondack chairs?”

This was a worse maze then the recent experience in the vineyard.

“Yep, a man from Maine passed through here. I was working on a wooden bench for the neighboring kibbutz. He told me about Adirondack chairs. Said they were designed by someone named Thomas Lee and were made out of hemlock planks. You know Mr. Lee?”

Later research revealed that Thomas Lee was vacationing in Westport, New York at the turn of the 20th Century—approximately a hundred years before my time. I didn’t know him and explained the time warp to my new Adirondack connection, whose name was Meir. Meir informed me that business was slow. Perhaps I would like to buy a chair.

Since that day, whenever I am lost, whether in a vineyard in Israel or in the North Country I call to mind the image of an Adirondack chair, my universal symbol, and I am never lost.

Yes, home rests within the mind, even if I am not actually resting on an Adirondack chair.