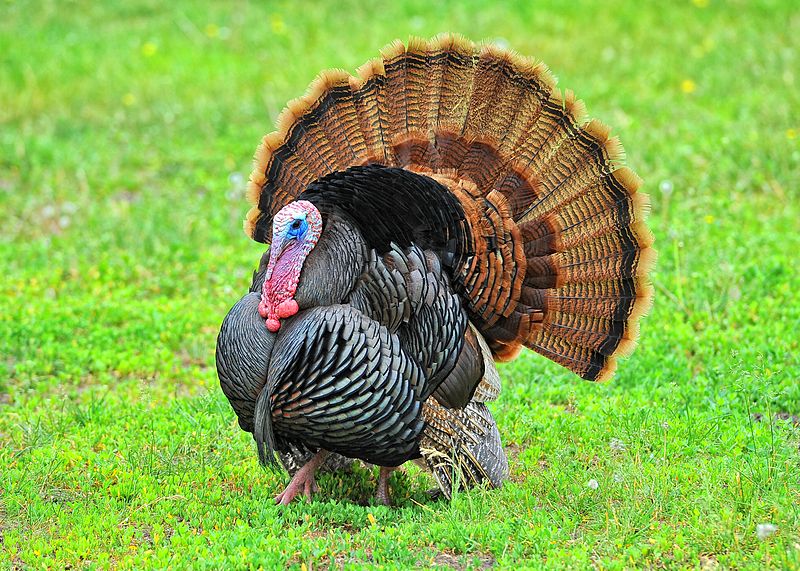 According to historians who research major historical events, the first presidential turkey pardon was granted in the White House Rose Garden, November 17, 1989. Since the 1940’s, turkeys had been presented to the president for Thanksgiving. However, when President George H. W. Bush received his turkey he commented that the turkey seemed to be “understandably nervous.” Thus, Bush added: “Let me assure you, and this fine tom turkey, that he will not end up on anyone’s dinner table. He’s granted a presidential pardon right now.”

And, faraway, at Brant Lake––

It is an easy ferry ride across Lake Champlain at Ticonderoga. The ferry, pulled on a cable, spans the distance between New York and Vermont in a matter of minutes. I often crossed on that ferry but one trip remains a vivid memory:

On a summer’s day, landing on the Vermont shore, I wandered up to a delightful stone cottage and store owned by a delightful woman I will call Alice. Along the way I spotted a metal cage and inside the cage a fine specimen of a turkey. This was not one of the scrawny wild turkeys that proliferate in the Adirondacks. Oh no! This turkey was a magnificent home grown guy, with a red head descending into a black body. When the gobbler noticed me it flapped wings as if to say, “I am too beautiful to be locked up in a metal cage, but no matter what, I will preserve my dignity.”

The “no matter what,” was a sign attached to the cage. ”Thanksgiving.” What a strange name for a turkey, I thought. ”Thanksgiving.” Then I realized this was not a pet. This was dinner! I spoke briefly with Alice who was busy preparing a meal of meal for the turkey. “Fatten it up a bit.”

For reasons unknown to me, I bonded with that bird, perhaps, because as a child I had a pet gerbil in a cage. However, I am not certain whether there is equivalency between a caged turkey and a caged gerbil. Rather, it was the word, ”Thanksgiving,” that awakened my empathy. This poor creature would certainly not give thanks for its ultimate destiny; namely, to be a Thanksgiving dinner for Alice. Well, nothing I could do. It was Alice’s fowl.

On Columbus Day I visited “Thanksgiving” for what, I assumed, was my last glimpse of this bird with three toes on each foot. (This occurred many years before I acquired Coco, a dog with three paws.) Winter passed. The ice went out on Lake Champlain and, once again, I crossed the waters, expecting to find an empty turkey cage. I intended to take the sign, ”Thanksgiving,” and bury it on a patch of land where I would also bury a cluster of turkey feathers.

However, as I approached the cage, miracle of miracles, there was “Thanksgiving,” fat and firm and too big for the cage. And there was Alice, shaking her head. “I don’t know what to do with this bird. Too big to eat. Tough. And who wants a turkey for a pet. Don’t know what to do.”

Overjoyed, I asked Alice, “Why is the turkey still alive? I thought—well you know Thanksgiving and all that—what happened?”

Alice sighed, her face toughened by the Vermont winter.

”Meant to kill it. Had my butcher’s knife ready the week before Thanksgiving. The bird looked me in the eye, spread its wings and waited calmly. Just waited.

”Couldn’t do it, so I went inside and fetched my musket. I reflected, maybe, if I closed my eyes and stood far away, I could kill the turkey but all I did was shoot out the rear windows of my cottage. So I granted “Thanksgiving” a pardon. Know anyone who wants a useless turkey?”

And that was when I finally understood the words in the biblical book of Leviticus: “Do unto turkeys as you would have turkeys do unto you.”

Have a Happy Thanksgiving—as Americans and within our families, we have so many blessings to be thankful for—and remember, as we say in the North Country: “This Thanksgiving, eat Chinese food.”