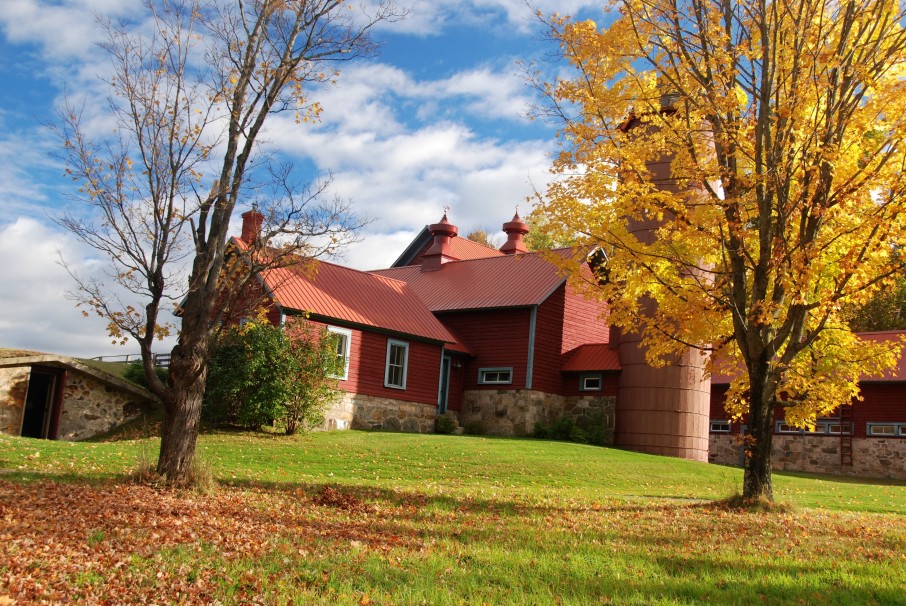 The children had gathered below the red barns where once cows, sheep, goats and chickens populated Brant Lake Farm. Now, the occupants of those barns were chipmunks scurrying between bright orange pumpkins and piles of gourds that had been stored from the harvest. This had been an especially prolific summer for gourds. From a single hill, hundreds had spread over the garden. They were yellow with green stripes, orange with a hooked neck, off white with tiny bumps covering the surface and miniature golden balls.

But the action was outside the barn where the children raked leaves into giant piles. The older youngsters used multipronged rakes, the little ones, bare hands. Everyone contributed, not to clear the field of leaves, an impossible task, but for an activity long anticipated. Jumping. Higher and higher the pile of leaves rose and then, suddenly, the little ones took off, leaping into the depths of the crackling leaves. Shouting. Giggling. Lost under a brown cover. Soon the leaves would again be scattered over the meadow, but for now? For now I could delight in watching the wonders of a child springing into the air. Up. Up. Up. Down. Down. Down. Landing beneath the soft autumn cushion. 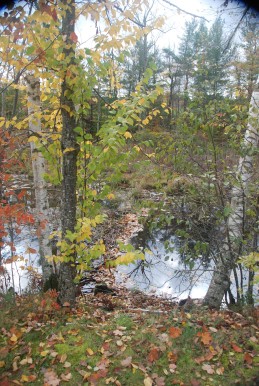 For the children, dwelling in the present, every moment promised the fullness of  life,  for that is the gift of perception bequeathed to those who are young, those who believe their time on earth is endless. But for me? Yes, for me the days are limited, eventually entering eternity. And the crackling of the brown leaves of the maple trees sends a bitter sweet message. How many days , or years, remained?

Then it happened. Separated from the leaves scattered by the wind, a red leaf floated in my direction. Not yet brown. Not yet fragmented into many pieces. Perhaps that leaf, a radiant beacon as winter, waiting to enter, hovers on the edge of changing time, carried a message extolling the beauty of life. I held that leaf and I remembered a conversation, many years ago, when I also was a child and my father gathered leaves from our front lawn. I remembered his words, directed not really towards me, but rather to himself .

“Daniel, there is a sadness when the leaves release their grip on the branches, a melancholy feeling as they  descend from their safe haven earthwards. However, if we did not welcome winter, and even loss, how could we ever greet the coming of spring? The leaves fall, enrich the earth, and, in the ongoing pattern of time, life is reborn.”

It was only one leaf, glorious in appearance, as the sun, low in the sky, reflected off its red surface, but, as I held that leaf, I knew I was embracing a promise to be realized as the days evolved.

With that promise of the future I watched the children, individual notes among the symphony of dry leaves, and, tucking the red symbol into my pocket, I left the barns behind.