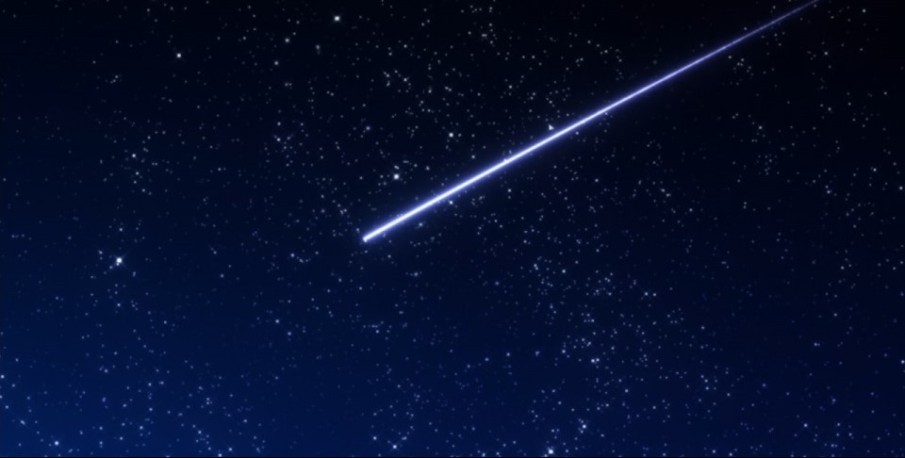 Mid January. The fire in my fireplace, reduced to red embers, would be extinguished for another night. The house slept, except for Coco, our Dog Of All Breeds, who had ventured outside before she would settle in on the blanket in our bedroom. Ready to join my family I went onto the patio to call Coco and, while I waited her for to become aware that her nemesis, the chipmunk, would not appear from under 3 feet of snow, I was hypnotized by the clear January night.

All of life was in its proper place. The fresh snow, not yet ruined by the treads of snowmobiles, extended in many directions. With the exception of a night light on the porch of Sunset Mountain Lodge the dark embraced me and the only sound that occasionally echoed was a dull rumble that issued forth from the ice as the surface of the lake expanded under the freezing process. Frost covered tree branches hung peacefully on this windless night.

Across the lake, in the direction of Pilgrim Camp, First Brother Mountain disappeared into the sky as earth and heaven joined as one. The peak of the mountain drew my glance into a sky with only a sliver of a moon, a new moon, that enabled the stars to shine even brighter on a backdrop of black. There they were, constellations, in the configuration that had prevailed since earliest times. The Milky Way. Big Dipper. Leo. Holding fast. Unchangeable, no matter what may have been happening on earth.

In fact, this cold January night offered a paradigm for a world where each particle was arranged in perfect harmony. All was right. All was in place.

Then, suddenly, the cosmos erupted. A shooting star raced across the sky and, within seconds, burned out in some mysterious place in  the universe. I have always been fascinated by shooting stars which, scientifically, are not stars; instead they are particles from comets that break off in space, enter the atmosphere at awesome speed and, rubbing against the air particles, cause friction, overheat and send balls of fire earthwards. In a brief moment the shooting star, or meteor, had disappeared, the flaming tail quickly fading. Once, in the realm of myth, the shooting star was thought to be cast down to earth as a gift from the angels, although the recipients of these gifts remains unknown. Believers in the dark life maintain that the gods are displaying anger, aglow in their incendiary existence.

When I was young, on a clear January night I would search the sky for the wondrous phenomena. But now, advanced in years, the meteor, appearing for but a second, warns me that in many ways our lives are like that flash in space. We live on the continuum of eternity for a brief instant and then, vanish, our life as tenuous as the shooting star.

But this realization need not be disheartening. Instead, with eyes wide open to that startling shot across the sky, I resolved to grasp life, aware of the awesome journey of simply living, and ride the fiery tail until it is no more.