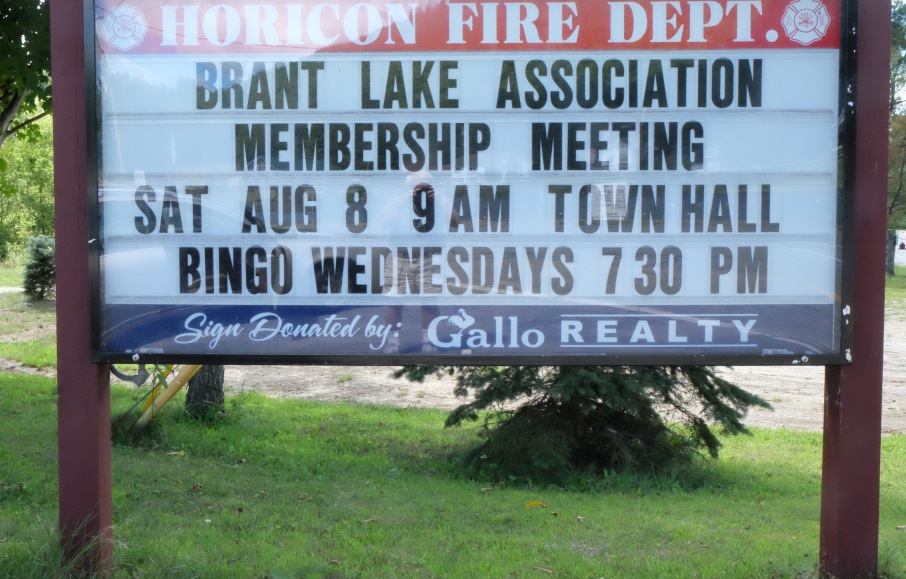 The parking lot behind the Brant Lake town hall filled quickly on that night when Jack Higgins shared his war experiences in the trenches of Europe. On the lake, a lone fisherman calmly cast his line with the hope of catching a trout that was heading downstream, but inside the main room of the town hall tension built.

Everyone knew Jack, his years as a property manager, a dedication to the fire department, the way he touched the lives of so many—with a heart always open to family, friends and the stranger in his midst. Yes, Jack touched many lives but none more poignantly than the drama that would unfold on a summer evening some years ago.

The residents of Brant Lake who had assembled were all familiar—with one exception, an elderly couple who I will call Sol and Esther. Seated in the first row this couple, faces weathered by time and memory, waited—waited for one more descent into the horrors of an earlier time.

Jack began with his landing at Normandy, where two thirds of his platoon of 18 year old soldiers were killed by the Germans before they even reached the shore.

“Then we went on, marching towards Munich, but on the way General George Patton told us we had to detour on what would be a horrible mission.”

Sol and Esther, rigid in the first row of hard metal chairs, moved closer to one another.

Patton’s destination was a concentration camp—Dachau in Upper Bavaria, founded in 1805, where dukes and princesses built castles and where, in the 19th century, artists gathered.

“Today,” Patton commanded, “We will liberate a concentration camp.”

The color had drained from the faces of Sol and Esther. Their faces were gray as ash.  They knew what would follow.

When Patton directed his troops to enter Dachau they were unfamiliar with the concept of a concentration camp.  What could boys like Jack Higgins know of a story too macabre to be real?  Entering the camp they were overcome with the specter of horror; bodies stacked in boxcars, men and women dressed in the ubiquitous blue and white striped prison uniforms, barely able to stand, too weak to greet the American troops. It has been said, “In time of war, the devil makes more room in hell.”  This was hell.

Tears streamed down the faces of Sol and Esther, each tear fashioned on the anvil of the sorrow of remembrance. They grasped one another’s hands.  Holding on.  Barely holding on and, I believe, Jack also shed a tear, or perhaps many.

For you see, Jack and Sol had met once before, this old timer from the Adirondack Mountains and a frail man who originally came from Poland.  Yes, Jack and Sol had met.  In a camp called Dachau. Weighing only 69 pounds, Sol, a prisoner, did not have the strength to rise from the slats of his wooden bed to greet the American troops. He could not know of Jack’s presence.  Not then.

Now, after more than half a century strangers knitted the fabric of their lives into a single humanity. Two men. One the liberator and one the liberated. The broken circle of survival had become whole.

And, at Brant Lake, a lone fisherman cast his line, on a night replete with sorrow and with hope, nurtured by the inner will to go on. In spite of everything.