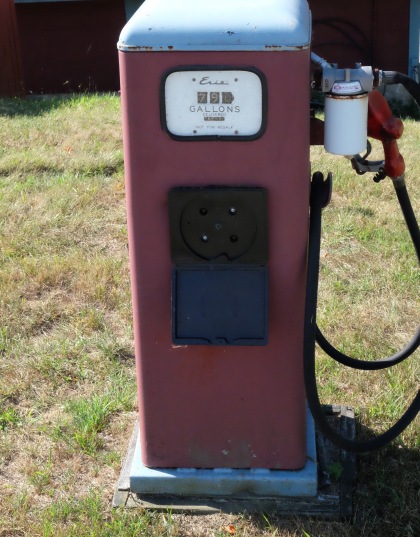 Decades before Google, Tesla, Nissan and Mercedes, to mention a few, tested driverless cars, Bessie, an inhabitant of Brant Lake owned a driverless car. Or so it seemed. As a child, I remember seeing Bessie’s black Model T racing past me at 12 mph when I went to the general store for penny candy. I don’t know the exact year of the car, known as a Tin Lizzy or a Leaping Lena, but it appeared that there was never anyone in the driver’s seat.

In addition to the car, Bessie also owned a cow, that, like Bessie, was advancing into old age. Bessie and her cow would stroll around the Mill Pond their presence noted by the bell hanging around the cow’s neck on a frayed leather strap. Thus, Bessie was a well-known resident because of an ancient cow and an ancient driverless car.

Cows are easy-to-understand but a driverless car in the first half of the 20th century, well, that needs some explanation. Therefore, a word about Bessie. She was a deeply religious soul, and every day climbed up Duell Hill Road to pray at the Methodist church. She even worked at the parsonage, polishing the wooden floor, churning butter. Life was fine. Until the accident. According to sources, one day, as she descended from the parsonage loft, Bessie lost her footing, tumbled down the stairs and fractured her spine. From that day on Bessie was severely bent over and although still religious, could no longer lift her eyes unto the Lord. God now dwelled in the earth beneath her feet. Because of the injury she was bent over the wheel of her car and the car appeared driverless. The local children all wanted to ride with Bessie and, somehow, she successfully maneuvered the roads around Brant Lake. After all, seeing where you are going is highly overrated!

Then the day came when either Bessie became too old to drive, or the car became too old to be driven. Perhaps a little bit of both. What do you do with a dying car? In the North Country, when cars expire they often find an above ground burial plot on the owner’s lot. Their grave site marked by metal bumper inscriptions:

Family name: Chevrolet. Died in 1918. Cause of death, burnout on the South Glens Falls hill.

But Bessie, imbued with her love of God, believed that all God’s creatures, animate and inanimate, should be treated with respect. An old car should be granted eternal rest and not abandoned to eternal rust. Thus, Bessie sought a final home for the Model T. A gentleman in Warrensburg offered to buy the car. For cash. But when Bessie learned the man wanted the car to decorate the entrance to his bar she rejected the offer. Liquor, a Model T, and God definitely was not a mixed drink she could abide or imbibe.

Eventually, Bessie discovered a man from Chestertown who intended to retire to Florida. He promised to restore the car and he shipped the collector’s item to Florida. The car would certainly be at home traveling to early bird specials in a world where people seldom drove faster than 12 mph. Bessie was very happy.

The Model T had  acquired a home and Bessie had reaffirmed the belief that everyone and everything in God’s world should be respected.

Even a driverless car!